Solukhumbhu, April 26: Nepal Telecom has launched landline telephone service for the first time in Necha of mountainous Solukhumbu district from Wednesday.
The landline service although has capacity of 294 lines, initially 90 such lines will be distributed in the first phase, according to Nepal Telecom, Salleri branch.
The first call was made to Minister for Information and Communications Surendra Karki from the landline to mark the event in one of the remote parts the district.
On the occasion, the locals extended their gratitude to Minister Karki for his positive intervention to install the telecom services in their locality.
The Minister, in reciprocation, expressed his confidence that all the places across the country will come under the ambit of telecommunications and internet services.
Nepal Telecom’s Necha Office and Area Police Office in Necha were the first among customers to avail the service starting from today.
Other customers will avail the service from Thursday, according to NT, Necha branch.
Local Lokendra Raut is confident that the expansion of telecom service and internet service through the ADSL system would facilitate the locals for the communication and for pedagogical purpose. RSS 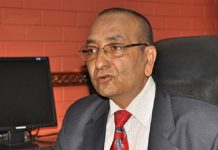 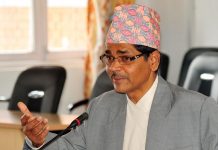 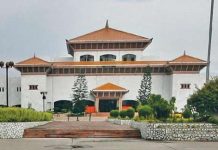 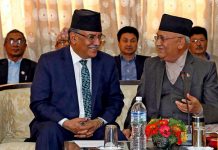