Biratnagar, Nov 20 (RSS): CPN (UML) chair and former Prime Minister KP Sharma Oli has committed to sorting out the legal complexity regarding to provide citizenship certificates to the eligible persons in Terai.

Chair Oli ruled out the rumour that the UML was anti Madhesi party. He further shared the developmental projects forwarded for Terai during his party-led government.
Former PM Oli claimed that the infrastructural development was pushed back in Tarai region due to some Madhes centric party’s activities.

He further committed to launching various developmental projects for the holistic development of Terai after the formation of new government under left parties.
UML chair Oli added that the left alliance was forged to lead the nation on the way to prosperity, development and end political instability in the country.

On the occasion, different party leaders including the then Nepal Democratic Forum central vice chair Bhimraj Rajbanshi had joined the UML. 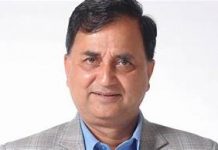 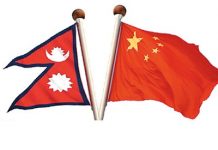 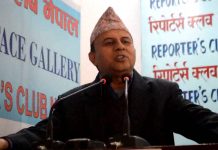