The parties announced unification amidst a program held at the Nepal Academy in Kathmandu Monday afternoon. Improved federal socialism will be the new party’s ideology.

Bhattarai and Yadav will be the two chairmen of the party with the former ranked the topmost leader and the latter second most.

Madhesi Janadhikar Forum suffered multiple splits after the first Constituent Assembly election and the FSFN was formed after its unification with Federal Socialist Party Nepal led by Ashok Rai on June 15, 2015. Rai had quit as vice-chairman of the then CPN-UML in 2012.

Responsibilities of the two chairmen in the unified party have been clearly defined to ensure that there is no dispute between the chairmen after unification. Yadav will be chairman of the central committee while Baburam Bhattarai will chair the federal council. 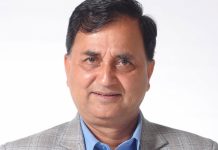 Army mobilization to be made by decision of security council: DPM Pokhrel 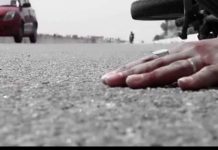 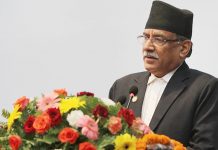 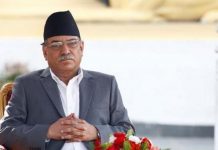